Brash he was "absolutely not" a racist.

"I am not trying to destroy Maori at all," he said.

The two came head to head this evening on TVNZ's Close Up, with the match-up chaired by host Mark Sainsbury.

Harawira launched his new Mana Party at the weekend, while Brash is making a comeback to New Zealand politics.

Brash and Harawira have clashed in the past.

Harawira first compared Brash in 2005 to Hitler, saying: "Hitler had plans for the Jews. Pauline Hanson had similar plans for the Aboriginal people of Australia. Don Brash wants Maori to be subsumed within the larger culture of this country and to become one people."

At the time Brash said he found the comparison "really offensive".

Brash said he would "probably" stand in a seat but hadn't picked one yet. 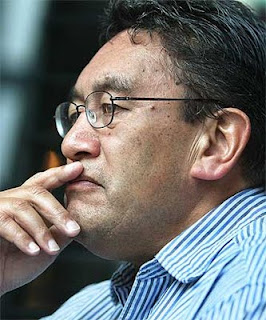