John Key is still flip-flopping towards the elections...

Can he get away with it? Are Kiwi voters so bloody stupid? I'm beginning to think so - the polls should show the parties closing towards each other now.

He supports 75% of the Labour Government's policies, but wants to turn NZ workers into servants. This is the 'Key difference' - the Employment Contracts Act "Mark Two" and privatisation of ACC.

As far as the privatisation of ACC goes, lets look at what Kiwis agreed to back in 1974: We gave up our right to sue our employers in court in exchange for a no-fault comprehensive cover for work and non-work accidents. We did not make any agreements with private insurance companies!!

Actually this whole ACC policy is aimed to get control of ACC's reserve funds of over six billion dollars to help pay for National's tax cuts!!!
Posted by Unknown at 7:35 PM No comments:

'Towards a Safer New Zealand' ideas to be considered

The Government is prepared to look at least one of the law and order policy ideas being put forward by the Police Association.

Police Minister Annette King has already looked at UK antisocial behaviour orders and says they have aspects that are interesting.

"I think what we need to do is to test their workability in a New Zealand situation, because they are not a panacea, but they could be a tool."

Mrs King suggests the Police Association's call for lowering the age of criminal responsibility is not likely to gain Government support. She says it is internationally recognised that New Zealand has a good approach to youth crime issues.

Mrs King says New Zealand does not jail young offenders too early, because it would put them on the road to a life of crime among hardened criminals.
Posted by Unknown at 5:31 PM 1 comment:

Tide could be turning against The Tories... 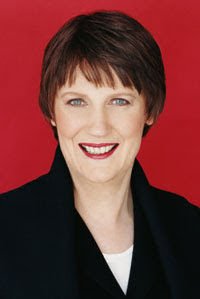 Knowing that the latest opinion poll was going to show some movement betwwen the Labour and National - 8pts is pretty significant in my book - the Tories have really cranked up its attack on Winston Peters. Quite frankly, the public couldn't give a damn.

Is the 8pt movement an indication of the real political opinion in New Zealand at a particular point in time when opinion is not going to change the status quo but rather a proverbial kick up Labour's backside? Or is it showing the tide is slowly going out for National? They have to do a bit better than sending a few emails out showing so called policies(regurgitated 2005 policies). Privatising ACC so they can get hold of part of its 6 billion dollar reserves for tax cuts in 2009?

Still 12 weeks or so until the elections; thats rather a long time in politics, especially for a party without real, new policies! The National Party is hoping it can continue sleepwalking to victory with the media doing its work for them. It will take more than blatant negativity to get National back on the treasury benches it was kicked off for abusing its power in the 1990's. It will take positive reasons to reelect them back. They don't have a natural coalition partner in the MMP scenario, labour has at least two.

Labour has been a good government but has been embroilled in controversy because of media obsession with some of its minority social legislation which hasn't hurt New Zealanders one iota. IE: anti-smacking legislation has not resulted in good parents being dragged before the courts. Legislation that was only passed with National's help, recall! My money is on a another Labour coalition!!
Posted by Unknown at 5:09 PM 1 comment:

While one student leader sees a universal student allowance as "vote-grabbing", another says it would help plight of students

The Government has crunched the numbers on the scheme and says it would cost more than $2 billion over four years, allowing 47,000 further students to access an allowance.

Victoria University Students' Association president Joel Cosgrove says at the last election Labour secured the vote of students and those attached to them with its student loan interest write offs.

Mr Cosgrove believes students will probably flock to the polls to vote for Labour once again if it announces a universal allowance scheme. He says he will not be among them, describing the idea as "a last ditch vote-grabbing attempt".

The Otago University Students Association say a universal allowance would go a long way to relieving the dire financial situation many students are in.

President Simon Wilson says he is glad the issue is on the agenda again. He says many Dunedin students are living a hand-to-mouth existence.

"In the past three years average student debt has risen by 54 percent. That's not all loan debt, in fact loan debt pretty much stayed the same, it's largely credit card debt and debt with banks, as the cost of living increases."