The truth about the NATS policies and rationing toilet paper... 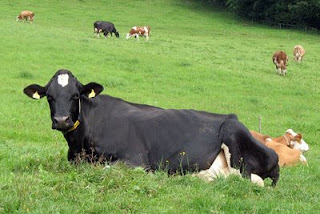 The truth about National's policies is unwinding. Privatise Defence Department properties. Sell off what the Army doesn't use much - artillery, machine guns and missiles. Perhaps machinery and vehicles do need looking at; but remember Labour updated Vietnam war period equipment in recent years. Park your tanks down in the farmers back paddock until they are needed. Ring Pizzahut for deliveries of pizzas to Burnham Camp when the SAS is training!

The IRD has to itemise the number of toilet rolls and cakes of soap they use, along with fax paper. Which is cheaper, I wonder? When will staff have to bring their own, like some patients in smaller public hospitals have to? Rationing is on!

This is all leading up to an eight day fortnight in National's Grand Plan to create a Jim Bolger's "Decent Society".

Have you ever seen a better example of "a one term government" than this National government?
Posted by Unknown at 6:08 PM No comments:

National's destiny is in Labour's hands...

Contary to opinions being expressed by editorials and other so-called political experts, National shows all the signs of a one term government - it hasn't really introduced any real rightwing philosophically influenced legislation, apart from the '90 Day hire and Fire Act'.

It is not National that is in control of its destiny, it is actually Labour! The power, the brains and the intestinal fortitude of Labour left parliament when Helen Clark and Michael Cullen decided to retire from politics and resign from the parliamentary Labour Party. It is shades of 1975, and 1990 all over again - a Labour Party without a real leader, not a disembelled Labour caucus though.

This Labour caucus will be back to business as usual with a longterm leader, which is not "Phil-in" Phil Goff!

Will there be another Helen Clark? Not during the remainder of my lifetime. Such people come along every couple of generations. The good people die in office; and the real leaders come along every fifty years or so. I don't include David Lange in that capacity - he comes under the capacity of orators. He had no intestinal fortitude to stand up to Roger Douglas; he could have promoted Helen clark as his deputy and taken on the Act Party's ancestors, Douglas and Prebble and Company!
Posted by Unknown at 4:56 PM 2 comments:

Greenhorn Rodney Hide's motives questioned, and so they should!

An Auckland mayor has blasted Local Government Minister Rodney Hide, over the way he is pushing plans for a super city.

The Government is planning to put in place one central authority, with up to 30 smaller community boards. Mr Williams says Mr Hide has told Mr Key he has got support from the existing councils for his proposals, when in fact that is not the case. He claims the super city plan is being hijacked.

"I think we're being hoodwinked here by a local minister who has got very little experience in local government and unfortunately people are listening to the false information that he's putting out there."

Mr Williams believes the ultimate aim is to take control of the region's asset base and privatise it.

Mr Williams says his opinions are shared by the other councils, with the exception of Auckland City. He says it will cost some ratepayers another $500 a year. For the North Shore, he says the change will have the same impact as a five percent rates hike. Check out just what the political "Mr Hyde" is up to?

I was just reading a weekend paper here in Wellington, New Zealand, where an article reveals how "Big Brother" is alive and kicking and trawling social network sites to gain possible information on their members.

The article discussed how NZ government departments are trawling these sites for information that can be used against people on social welfare benefits for fraud purposes. One woman had been caught, redhanded you might say, because she admitted a relationship on the social networking site, and the department took a fraud case against her.

Even employers are in on the act looking for information to use against employees: In one case an employee was caught bragging on the site that he was taking a "sickie" from work because he still had a massive hangover.

If this is happening in a little country like NZ, just imagine on what scale it is being used in larger countries like Australia, Britain or in North America and Europe?

In my opinion they are just a pathetic and despicable bunch of Sebastians!
Posted by Unknown at 7:50 PM No comments: