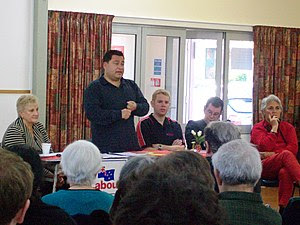 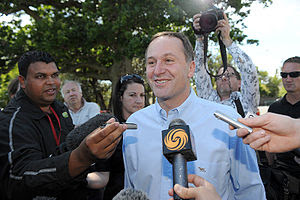 PM's  coalmine joke falls flat.  Some consider him a proper dickhead. That's their opinion I guess.

Prime Minister John Key's humour fell a little flat this morning when he suggested that Australia could give New Zealand a coalmine if the New Zealand Warriors won the NRL grand final against Manly on Sunday.

He said he made the suggestion to Australian Prime Minister Julia Gillard last night when the pair had been texting each other.

They were working out what they could put up as prizes for a winning bet.

"It's got to be something useful," he said. "It's hard to swap ties when one side doesn't wear a tie. I suggested a coalmine actually - they've got a few in Australia.

"We can give her the pavlova recipe."

"Anyway we're working it out," he said before before heading into National's weekly caucus meeting.

Australia's mining boom has helped to keep it out of recession during the global financial crisis and Mr Key was likely referring to that.

But the mention of coalmines in New Zealand at present is synonymous with tragedy with the Pike River mining disaster being relived at the hearing of the Royal Commission of Inquiry in Greymouth.

...he's incredible isn't he? In the wake of the Pike River tragedy he's making tasteless coal mine bets? It's not the first time he's shown the vacant unawareness of a methadone patient. Remember when he made the International press headlines with his hilarious thigh-slapping- country-club-good-'ole-boy Maori cannibalism jokes? When it comes to race relations comedy, John Key is like a white Chris Rock minus the humor, intelligence, grace, appreciation of historical injustice and dress sense.

Then there was his cringe worthy impersonation of gay mincing on the catwalk... 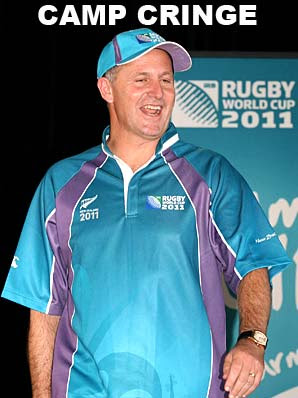 John Key's humor is as amusing as a tumor. Personally his claim this week that marijuana is a 'gate way drug' was my high point of hilarity. A gate way drug to what? Dominos Pizza? For Key to attempt the moral high ground on Marijuana while backing down on any meaningful alcohol reform is about as credible as his sad Dad jokes are funny.
Acknowledgements: Bomber 's Blog

Posted by Unknown at 1:55 AM No comments: 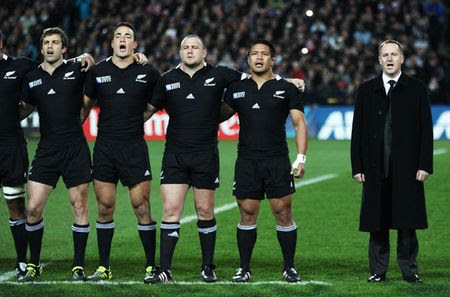 A week into the Rugby World Cup and political fatigue is probably setting in – people are sick of all the finger pointing, point scoring, and the passing of the buck. Yet it’s still the major story of the moment, and David Farrar does his best to eloquently put the political right’s point of view through in his Herald blog post, Rugby World Cup and the blame game, which is worth reading. And Brian Rudman asks Who dropped the ball? Point the finger at everyone. But the most interesting analysis on the issue comes from Chris Trotter, who takes a historical view in Chaos on tracks: Auckland parties like it's 1949. Clearly it’s been a tough week for both the National Government and the Auckland supercity authority, so they’ll both be hoping that the worst of the RWC politics draws to a close today. [Continue reading below for a full list of the highlights of NZ Politics Daily]


Below are the internet links to all the NZ politics material from the last 24 hours that are either informative, insightful, interesting or influential. This list and the links are taken from a fuller document, NZ Politics Daily, which is emailed out, Monday to Friday, to various researchers, academics, journalists, MPs and so forth. The document is purely for research purposes only, and if you would like to be on the subscription list, please email: bryce.edwards@otago.ac.nz 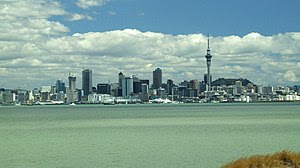 Expand Photo - NZ Herald
Social services are bracing for another spike in homelessness as Housing New Zealand withdraws from looking after its tenants' social needs.
Housing NZ chief executive Dr Lesley McTurk has told the corporation's 1100 staff that staff numbers will be cut by about 100 as the agency's focus narrows down to managing its 70,000 state houses.
"We will no longer have a role to assist individuals with their wider social needs. We will concentrate on their accommodation needs," she said.
Most tenancy managers will become "fully mobile" by next September, reporting from their cars to five home bases in central and South Auckland, Tauranga, Wellington and Christchurch.
All tenant calls to tenancy managers will be diverted to two national call centres.
Some 144 jobs will be axed and 339 existing staff will compete for 187 other jobs. This overall cut of 296 will be offset by 130 new jobs, including a new 37-person call centre in Auckland as well as the existing centre in Porirua.
The agency has also axed work in its eight "community renewal" projects in the Auckland suburbs of Northcote, Talbot Park, Wiri and Clendon and in Otangarei (Whangarei), Fordlands (Rotorua), Porirua East (Wellington) and Aranui (Christchurch).
"The corporation will continue to deliver tenancy management services in these areas, but there will be no new funding for community development," it said.
John McCarthy, social services manager for the Methodist Mission's Lifewise agency which looks after Auckland's homeless, said the changes would drive more vulnerable tenants on to the streets.
"The great risk for organisations like us and others working in the area of homelessness and emergency accommodation is that we are going to see more people in Housing NZ poorly supported, which will put more tenancies at risk, result in more evictions and more people coming out of Housing NZ accommodation and potentially more homelessness," he said.
Labour housing spokeswoman Moana Mackey said a Labour Government would reverse the changes and turn Housing NZ back into "a social housing provider rather than just another landlord".
Historian Ben Schrader, who wrote a history of state housing in 2005, said social support became an increasing part of Housing NZ's work as its role shrank from housing low-income workers in the 1930s and 40s to being a "last resort" provider for people such as beneficiaries, those with mental health problems, ex-prisoners and refugees.
But a consultation document issued to staff a week ago says the agency would "stop delivering social services that should be delivered by other organisations".
"Tenancy managers and case managers frequently find themselves following up with many other agencies such as Child, Youth and Family [CYFS] on child safety concerns; district health boards on health; budget services; school truancy issues and so on," the document says.
"The Ministry of Social Development [MSD] will act as a conduit for all other agencies that need to provide social support to the corporation's tenants."
Dr McTurk said all existing Housing NZ branches would be absorbed gradually into MSD's "Community Link" centres, which already bring together Work and Income, CYFS and sometimes other agencies in 50 locations. A further 30 are planned in the next year.
Narrowed focus
* HNZ "will no longer have a role to assist individuals with their wider social needs".
* Tenant calls to tenancy managers will be diverted to a call centre.
* Most tenancy managers will operate from their cars.
* Staff cut by about 100.
Acknowledgements: Simon Collins | Email Simon

Posted by Unknown at 2:07 AM No comments:

Sick of a child molester and the Judge who claimed he was talented... 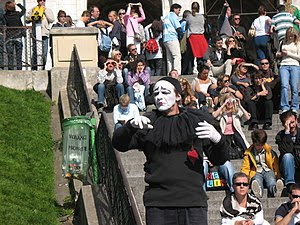 Posted by Unknown at 9:52 PM No comments:

Labour youth skills and employment package unveiled today will cut spending on the dole and redirect millions to fund apprenticeships.

Labour will reprioritise $80 million from existing schemes, with $58 million going to the apprenticeship subsidy instead of dole payments.

It will be funded out of revenue from Labour's tax plan.

The package will cost $251 million over four years, starting before young people leave school and Labour claims it will see teens earning or learning within three years.

"Our young people represent more of our total unemployment numbers than in any other OECD country," he said.

"This is a ticking time-bomb and has to be fixed. These kids are our future but at the moment they are being left on the scrapheap."

He said if something is not done now the New Zealand Institute estimates the cost of disengaged youth is $900 million a year.

Goff said Labour will also adopt ideas from the old Maori Trade training programme and apply them to Maori and Pasifika communities. The party also aims to build on proven programmes such as Gateway, the youth transition service, tertiary high schools and trades academies, and the Conservation Corps.

Earlier this month, Prime Minister John Key unveiled welfare reforms which take a hard line on unemployed youth and solo parents who do nothing to find a job.

National's policy would involve cash bonuses paid to private organisations and putting controls on teenage beneficiaries in terms of how they can spend their welfare money, while also offer them more mentoring and support to get back into work.

Labour MP Jacinda Ardern said Key is targeting a small group of unemployed and ignoring the majority.
She said he has targeted 1600 young people rather the other 58,000 people who are not in jobs, education or training.

The Blogfrog
Posted by Unknown at 12:46 AM 2 comments: