More prisoners will have to work under the government's corrections policy and the Greens say their rights must be protected.


Prisoners' rights must be protected under the government's policy to make more of them work while they're serving their sentences, the Greens say.

All the inmates in those prisons would be "engaged in a structured 40-hour week of employment and rehabilitation activities", he said.

The Green's corrections spokesman, David Clendon, says their rights must be protected.
"We must make sure that work is not treated as a compulsory or punitive measure," he said.

"Prisoners must be paid for the work they do, and this money could be saved for their release to help with their reintegration into wider society."

"Goods and services produced for sale outside of prisons by prisoners should be costed at market rates so as not to unfairly disadvantage businesses with overheads that prisoners do not have."

We have to make sure that the prisons are not the beneficiaries of prison work - just how do we do that in private prisons?

A blank page to recognise John Key's achievements as prime minister of NZ for the last four and a bit years...

Posted by Unknown at 1:29 AM No comments:

David Shearer back in Ratana for a second day - Labour back in from the cold...

Posted by Unknown at 1:51 PM No comments:

Posted by Unknown at 1:11 AM No comments:

Election|Hot Topics Index|Tax|Alcohol Law|ACC Reform|Health Sector|Employment Figures |Tobacco
Labour in government will re-open the Gisborne-Napier rail line due to be closed under National, the party’s Transport spokesperson Phil Twyford says.
An independent report by economic consultants BERL casts doubt on the analysis used by KiwiRail to justify the mothballing of the line.
"KiwiRail’s business case for the closure is utterly inadequate and falls way short of a comprehensive cost-benefit analysis, something a Labour government would carry out and which I am confident would justify the line’s re-opening," Phil Twyford said.
"National doesn’t give a damn about the affected communities, and is content to sit on its hands while Gisborne loses a vital economic lifeline.
"It is wasting billions of dollars on its ‘motorways of madness’ but cannot find $4 million to fix slip damage to this rail line.
"Shutting the line is typical of the short-termism National demonstrated with the closure and sale of the Hillside rail workshops. The BERL report shows that National is blind to the wider economic costs and benefits, just as it was at Hillside.
"The line should be reinstated now for $4 million. It will never be cheaper. The longer you leave it, the more expensive it will be to re-open it.
"This whole issue demonstrates National’s double standard when it comes to road and rail: KiwiRail’s inadequate business case justifying the line closure falls well short of the benefit cost analysis required of roading projects. On the other hand, if the Government applied the same narrow financial analysis to half the country’s roads they would be mothballed too."
Mr Twyford said the BERL report noted annual freight volumes only needed to reach 180-200,000 tonnes per year for the line to be profitable. Current volumes of 44,000 tonnes showed that growth from local horticulture and forestry would bring the target within reach and this would justify future re-opening.

The Christchurch - Dunedin rail link is another that should be given real consideratio too. 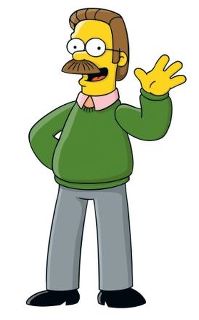 David Parker |
New Zealanders overwhelmingly support universal KiwiSaver, which is yet another part of Labour’s economic policy favoured by Kiwis, says Finance spokesperson David Parker.
“Over 59 per cent of Kiwis support universal KiwiSaver, a key Labour policy, with just 16 per cent against it. That’s overwhelming support.
“New Zealanders are taking the economy seriously. They know that as a country we are spending more than we earn and we need to start saving as a nation. Universal KiwiSaver will create a national savings account meaning we don’t need to borrow so much from overseas or sell our land, assets and companies.
“New Zealanders overwhelmingly support several key Labour economic policies. Not only do 60 per cent support universal KiwiSaver, 70 per cent also support our KiwiBuild policy to build 100,000 affordable homes in 10 years, over 60 per cent back Labour’s policy of steadily raising the retirement age to 67, and over 60 per cent agree with Labour that we shouldn’t sell our assets.
“On the economy Labour’s views are Kiwis’ views