Posted by Unknown at 5:53 PM No comments:

John and John having a tea-party...


John and John: You can fool some of the people all of the time, but a cup of tea indicated who the fools really are! History will show that being millionaires and having the first name John won't lead you to the political promised land. So John Key and John Banks I welcome you to your future hell!

Posted by Unknown at 7:36 PM No comments:

Key under fire for Crafar farm sales to Chinese


Prime minister John Key is under fire following the announcement 16 Crafar dairy farms will soon be Chinese-owned.
Milk New Zealand Holdings, a subsidiary of Shanghai Pengxin Group, has been granted approval to buy the land in a deal worth $210 million.
Land Information Minister Maurice Williamson and Associate Finance Minister Jonathan Coleman announced their decision to grant consent for the purchase on Friday morning, following a recommendation from the Overseas Investment Office (OIO).
Mr Key says the Chinese offer "well and truly exceeded" the strict conditions set for overseas purchases of New Zealand farmland.
But other party leaders say they strongly disagree with the decision.
Among these, Maori Party co-leader Pita Sharples says the farms should be sold to New Zealanders.
"Our land should stay in our hands."
New Zealand First leader, Winston Peters, called the decision "economic treason".
He accused Mr Key of delaying the announcement of the OIOs decision until after the election because he did not "have the guts" to tell New Zealanders.
During a press conference on Friday Mr Key said the sale could not be stopped simply because the buyers were Chinese.
"While ministers were in a position to review the decision from the OIO, if they were to turn that decision down, they would have had to have reasons to do so."
"In our view there were no reasons to do so."
Meanwhile, a rival consortium, Crafar Farms Purchase Group, led by businessman Sir Michael Fay has promised to challenge the sale via a judicial review.
The group launched a rival $171.5 million offer in September but had its bid declined by KordaMentha - the farms' receivers - who called the offer "unacceptable".
The consortium and Crown will hold a phone conference on Monday.
Milk New Zealand's purchase includes nearly 8000 hectares of land, along with livestock, chattels, machinery and Fonterra shares.
It's proposed state-owned farming company Landcorp will operate the farms, and a joint venture company to be owned by Milk New Zealand and Landcorp will develop and manage the farm portfolio.
Milk New Zealand will face strict conditions, enforced by the OIO, including investing more than $14 million into the farms to make them more economically and environmentally sustainable.
Before going into receivership in 2009, Crafar Farms was New Zealand's largest family-owned dairy business, running 20,000 cows in various regions of the North Island.
The family had a history of prosecutions for resource consent infringements over a number of years, mostly for breaching effluent discharge rules. 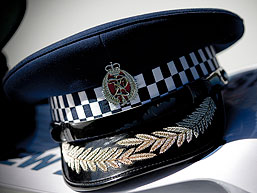 Three police officers are being investigated for wearing matching identification numbers while helping Auckland Council evict Occupy protesters today.
Protesters claim up to four officers in Aotea Square were wearing the same badge number - Z557 - while police shut down Occupy camps this morning.
Photographic evidence partially backs those claims, with one photograph showing two officers wearing the same number.
Police this evening released a statement confirming the officers were now "subject to an employment investigation" over the incident.
It is police policy for each officer to wear their own identification number.
"An employment procedure has commenced into this breach of policy," Inspector Gary Allcock said.
Police, security guards and council staff today moved to shut down the Occupy camps across Auckland, leading to the arrest of three protesters and frequent scuffles and standoffs between the parties.
Protester Merlin Blackmore, who today claimed four officers were wearing the same number, claims the identical numbers are being used to allow police to act with impunity.
"The police are supposed to have an identification number so you can identify them if they're being naughty.
"That's like having two people with the same driver's licence or passport... One of them was one of the people who was being physically quite brutal whilst arresting a protester and yanking them out of the van."
Blackmore believed police could use this tactic to deny complaints, saying the officer could not be identified.
However, the break-up of the protest and subsequent arrests were carried out in front of a large media contingent and members of the public.
It is not yet known why the officers were wearing the same identification numbers.
A police national headquarters spokeswoman confirmed the officers should be wearing their own numbers but referred calls to Auckland police, who have not returned calls.
This is not the first time issues have been raised over the way police dealt with Occupy protesters as the movement spread across the world.
Officers in Oakland, Boston and Houston were found to have covered their nameplates and badges while dispersing Occupy protests in the US.
"This is exactly the kind of thing that we've seen in New York and across the world where police have covered their badge numbers and [used] these kinds of tactics," Blackmore said.
It was also reported that some officers in the US were targeted by internet hackers as a result of their involvement in arresting protesters.

Blackmore said they would discuss what they would do as a result.
"We will be seeking appropriate legal recourse, we'll have to talk to our lawyers and we'll have to have general assembly and discuss that in consensus.
"This is a complete crock of s---".
Acknowledgements and thanks: - © Fairfax NZ News


Efforts to evict Occupy Auckland protesters have come to a halt after some of the occupiers stood in the way of security guards trying to take their tents down.
Security guards acting on Auckland Council instructions began taking down tents from 8am on Monday at Aotea Square.
They showed little resistance at first but after three people were arrested by watching police for breaching the peace, protesters began standing their ground as the guards tried to dismantle more tents.
The security guards stopped their actions about 10.45am and limited their action to stopping the protesters putting new tents back up, attempts which at times became heated.
Three protesters sat undisturbed atop a three-metre high wooden tower erected in the square.
Attempts were also made to evict protesters at Occupy sites in Albert Park and Victoria Park.
Protester Joe Carolan of Unite Union said he was proud of the protesters after the security actions were halted.
He said they were ashamed Auckland Mayor Len Brown was not acting in their interests and said attempts would be made to occupy his office.
A posting on the Occupy group's Facebook page called for supporters to head to Aotea Square.
It promised the council it would not be the end of the protest.
"First they ignored us - then they ridiculed us - now they will try to fight us - then we will win," they posted.
The council, in a statement, said the protesters' gear was removed because it was interfering with plans for next month's Auckland Lantern Festival and the people of Auckland wanted their public spaces returned to them.
"People have a right to freedom of speech and protest, but not the right to camp indefinitely," the statement said.
Before Christmas, a judge ruled that the occupation breached a council bylaw banning camping and building structures in a public space without a permit.

Posted by Unknown at 4:21 PM No comments: