Coalitions start after the elections, not before... 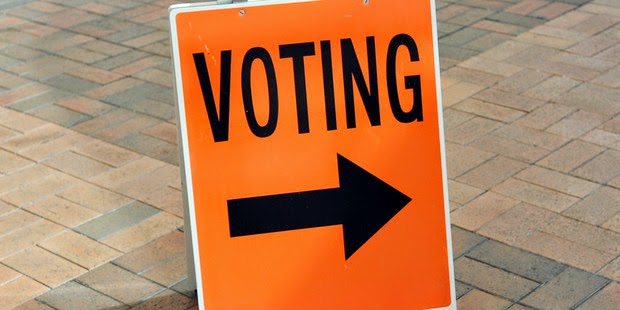 Writer Peter Wilson doesn't know squat. Coalitions begin AFTER the election, not before. It doesn't help the Nats all. They will continue to talk the crap they have talked for the last six years. The Nats will be unlikely to put a coalition together; the GG will then ask the opposition to put a coalition together. Labour and the Greens will commence talking when the election results are known
Posted by Unknown at 9:37 PM No comments:

But it is what many want...

The American socialist, G.S. Evans, calls this “Living Dead Capitalism” – a capitalism no longer capable of addressing contemporary human obligations but which, by super-efficiently funnelling the fruits of its own automatising ingenuity upwards to the dwindling number of real persons directing investment flows, continuously concentrates the “surplus value” of its non-humanworkforce in fewer and fewer human hands.
Chris Trotter
http://peteskiwiforum.blogspot.com
Posted by Unknown at 2:50 PM No comments:

Is this indicative of where NZ is heading?

Latest NZ political poll - but the media won't admit it...

Posted by Unknown at 5:10 PM No comments:

Labour will bring down power bills...

Posted by Unknown at 1:57 PM No comments:


Labour/ Greens (45%) regain lead over National (43%) for first time since January while Mana Party & Internet Party discuss alliance
April 03 2014 Finding No. 5519 Topic: Federal Poll Public Opinion
This latest New Zealand Roy Morgan Poll on voting intention was conducted by telephone – both landline and mobile telephone, with a NZ wide cross-section of 877 electors from March 17-30, 2014. Of all electors surveyed 5.5% (up 1.5%) didn’t name a party.
Today’s New Zealand Roy Morgan Poll shows a potential Labour/Greens alliance (45%, down 0.5%) now ahead of National (43%, down 2.5%) for the first time since January. Support for Key’s Coalition partners is little changed with the Maori Party 1.5% (down 0.5%), ACT NZ (0.5%, unchanged) and United Future 0.5% (unchanged).

“Today’s New Zealand Roy Morgan Poll shows a potential Labour/ Greens alliance (45%, down 0.5%) now ahead of National (43%, down 2.5%) – their biggest lead since January. It appears the scandal around Justice Minister Judith Collins is continuing to dent support for National – now down 5.5% over the past month.

“However, today’s Roy Morgan New Zealand Poll also shows a clear split in support between the major parties which means minor parties are likely to play a big role in determining who forms Government in September. This could well include the new Internet Party which launched its election campaign last week.

“The much discussed Internet Party, founded by entrepreneur Kim Dotcom, has already had discussions with Hone Harawira’s Mana Party about combining their party lists in an attempt to get extra MPs into Parliament. In addition, Internet Party leader Dotcom has also claimed to have convinced a sitting MP to join his fledgling party which is not yet officially registered.”

Electors were asked: “If a New Zealand Election were held today which party would receive your party vote?” This latest New Zealand Roy Morgan Poll on voting intention was conducted by telephone – both landline and mobile telephone, with a NZ wide cross-section of 877 electors from March 17-30, 2014. Of all electors surveyed 5.5% (up 1.5%) didn’t name a party.

Purchase the latest Roy Morgan New Zealand Electorate Profiles
Posted by Unknown at 2:43 AM No comments:

The last great privatisation by the National fascists... 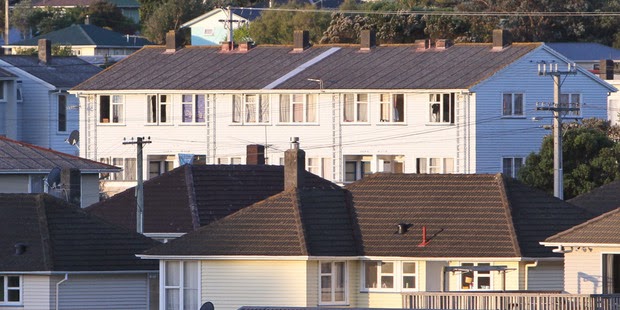 As cold as charity – Removing tenure Secure housing as a right, is set to become charity to be dispensed at the tender mercies of WINZ and private sector charities. To this end on the 14 of April with the end of Housing New Zealand all State tenants will have their tenure removed and will be put on to short term reviewable contracts, some as short as 1 year. Under the new tenancy contracts being forced on the state tenants, tenants can be evicted on 90 days notice for no reason with no explanation. - See more at: http://thedailyblog.co.nz/2014/04/02/guest-blog-pat-odea-nationals-assault-on-state-housing/#sthash.vttAE8Uz.dpuf
Posted by Unknown at 2:22 AM No comments: