There is a smell of a cover-up about journalists phone records...

Labour leader David Shearer says there is the "smell of a coverup" about a journalist's phone records being handed over to a ministerial inquiry.
Parliament Speaker David Carter confirmed today three months worth of phone records detailing calls between Fairfax journalist Andrea Vance and people within the parliamentary precinct were handed over to a ministerial inquiry.
The revelation is in stark contrast to assurances given last week that Vance's phone records were not supplied.
The inquiry was investigating the unauthorised leak of a report on the Government Communications Security Bureau.

The political right are hypocrites anyway... 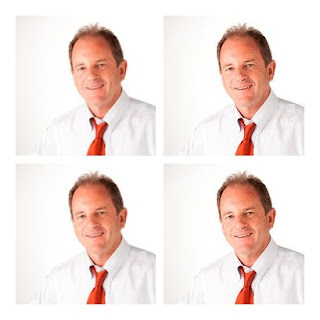 What a disgusting excuse for a political party the National Party really is...

Which one is the devil in this story?

2 seconds ago
Does principle go out the window when you run out of friends? John key is now getting lovey-dovey with Winston Peters, despite twice previously maintaining he wouldn't have anything to do with Peters. There is a saying that when you sup with the devil you need a long spoon. Which one is the devil in this story I wonde
Posted by Unknown at 8:38 PM No comments:

A tongue in cheek look at David Shearer's path to the prime ministership of New Zealand...

The path to popularity: an action list for David Shearer Next time try a silly shirt. Who would want to be David Shearer? The Labour leader is under fire from almost every direction, and every pundit seems to have an opinion on where he is going wrong. I’m probably already late to this party, but I have my own list of things for Shearer to work on. I am convinced that if the Labour leader follows my suggestions he will become the most popular politician in the country.

So pay attention, David, and get to work: Spout meaningless statistics at every opportunity to demonstrate how good your policies are. When confronted by statistics showing your policies cause social or economic harm, point out that there are a range of differing views on the subject. Propose various policies to erode our civil liberties. The police and security agencies will never have enough powers. Propose giving them the power to pry into the lives of everyone who might pose a potential threat. But object loudly when you perceive that your privacy is breached, and call the police immediately. Occasionally wear stupid shirts or hats, and play the goofball in public. Jokey homophobia is a big hit with the punters. When someone leaks material showing that a government agency may be acting unlawfully, demand the relentless pursuit of the leaker, and support law changes to enable the agency to continue its activities.

Find a disadvantaged group of people in society and flog them mercilessly. Tell them that it’s for their own good. Propose a series of deals with big business, all of which involve either subsidies or law changes to protect monopoly rights. The less transparency the better. If your deals can involve businesses that actually harm society, then all the better. Ask the United States for its wishlist, then begin work to tick the items off one by one. Maybe if you’re a good boy you might get to shake the President’s hand again. Wouldn't that be grand? Remember that there are no facts. Just opinions. This will make it easier to deal with meddling experts. Take up golf. Behave with secrecy, and always look after your mates. The public need to be convinced that you are the man for the hour, but they must also never know the full extent of your plans.

Promote economic policies that offer low growth or risk environmental harm. By the time the public have realised the foolishness of your policies, you’ll be in retirement enjoying your knighthood. When journalists ask awkward questions or raise inconvenient facts just claim you've forgotten, and then blame the other major party for everything. Behave like a naughty child when you are in the debating chamber, and take every opportunity to answer serious questions with insults. Be a bloke’s bloke. None of that namby-pamby touchy-feely sucking-up-to-minorities BS. You’re a privileged while male, so make the most of it.

Think up some pithy aspirational slogan, and spray it about every time you give a speech. The more meaningless the better. “Brighter Future” is a good example. Forget where you were or what you were doing when the 1981 Springbok tour was happening. Don’t let inconvenient past events define you. All politicians lie or twist the truth, but you must lift your game if you are to compete with the masters of deceit. Lie more often and more convincingly. Practice your lies in front of the mirror before you tell them to the public, so that you eliminate any obvious tells. But work out a signal so that your friends will know that what you have said is a blatant untruth. For example, consider prefacing every lie with the word “Actually”.

Posted by Unknown at 3:09 AM No comments:

Justice for Robin Bain - "I've told my side to the Police and I stick to that" What a strange sort of comment from David bain... 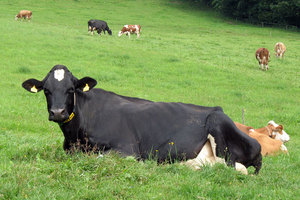 The author of blogging site Kiwisfirst will spend six weeks in prison for contempt after he lost his Supreme Court appeal. Share on twitter Share on email Share on facebook Share on print More Sharing Services 0 13 July 2013 New Zealand blogger Vince Siemer will spend the next six weeks behind bars after he lost his final appeal against jail time for ignoring a court order. Siemer, who runs a blog called Kiwisfirst, was charged with contempt in 2010 after he published a High Court pre-trial judgment about the 2007 Urewera raids. The judgment was suppressed. Siemer was sentenced to six weeks imprisonment for disobeying the court-ordered suppression, a sentence he later challenged in the Court of Appeal. He lost that bid and took the case to a four-judge panel in the Supreme Court - his final chance to get out of jail. In a majority decision, his appeal was dismissed and he was ordered to surrender himself to the Auckland High Court on Monday morning to commence his sentence. That was despite Chief Justice Dame Sian Elias siding with the blogger, saying she would have quashed the sentence. She argued the initial judge did not have the power to impose the suppression order and said she would have allowed Siemer's appeal. But Justice John McGrath, Justice William Young and Justice Susan Glazebrook disagreed and shot down the appeal. "The appellant knew of the order when he breached it and must have realised he was at risk of being held in contempt," those judges said in their ruling. "It is not the fact that he was critical of the judge's decision that makes the appellant's conduct contemptuous. It is his defiance of the court order." Siemer has previously spent time in prison for similar breaches of court orders.

You can't trust John A Key and the National Government...

At the last elections NZ PM John A Key said no new taxes! But now the Government is considering adding GST on online purchases under $400.00

Do you trust this administration? As far as you can throw them!!

Posted by Unknown at 6:08 PM No comments:

Labour will replace David Shearer at its peril if it is not transparently done through the rules of the NZLP...

David Shearer was selected as parliamentary leader, not party leader who is the President of the NZ Labour Party, under the rules of the NZ Labour Party. If he is to be unseated it will have to be under those rules. It appears to me, and my experience goes back to the mid 70's, that those who are trying to undermine David Shearer are from outside of the party. I will tell you right here if the party repeats itself like the last elections where it failed to give Phil Goff the full support it was capable of, the New Zealand Labour Party will be finished as a political force and will be replaced by a new Social Democratic movement, which may or may not include the Greens Party. If David Shearer is undermined from without and the party does not support him, Labour will not get my vote, and probably those of thousands of others. If Labour wishes to replace him, it must be transparently done through the rules of the NZLP. My vote would probably go to Mana under such circumstances, providing Mana still supports the non-Maori poor, the underprivileged and the underpaid workers in this country. It gives food for thought!

Posted by Unknown at 6:03 PM No comments:

No apology forthcoming from Government for the Urewera terror raids... 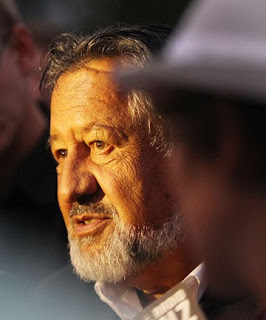 The raids were technically illegal, but was there actual evidence of terrorism? Because the evidence was gathered in an illegal manner, it could not be used in Court. So this evidence actually exists, and as a consequence there will not be any apologies from the State. Will the evidence ever see the light of day?
http://www.stuff.co.nz/national/politics/5577974/Apologise-compensate-over-Urewera-raids-Sharples

Posted by Unknown at 1:22 AM No comments: