The Budget - slash and burn and no credibility... 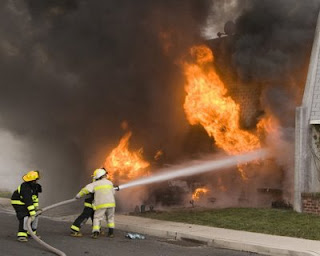 The budget - slash and burn the media said. Yeah right!

This excuse for a PM and a government came to power - in fact they campaigned for a year before - on tax cuts, tax cuts! I think there was even a song about it - tax cuts!

They won the election through false presenting themselves - false pretences is a criminal offence.

Even they have any credibility at all, they will call an early election to get a mandate to govern!
Posted by Unknown at 8:56 PM No comments:

Lee and Rankin - featherweights and featherheads...

Has the National Party lost it's mojo just six months after winning the last elections?

Inane comments from Melissa Lee and Christine Rankin won't help their future chances at Mount Albert or any other bi-election.

They are both featherweight political would-be political candidates and featherhead politicians, although Rankin wouldn't agree; she wants to stand for National at the next elections. Children's Commissioner? Yeah right! She believes strongly in the rights of parents to give their kids a good wack when they deserve it, and opposes the so-called Anti-smacking Act. Real credibility in her role as Children's Commissioner?
Posted by Unknown at 8:52 PM 19 comments:

Outlaw the National Party patch too...

Outlaw gang patches! Does this include the National Party patch?

If ever a government looked like a one term government - it is this one! Forget the polls, the electorate still thinks it did the right thing in November.

The big question to ask is whether Labour could be ready to take over government again, considering that the "twin towers" of NZ politics have gone?
Posted by Unknown at 6:49 PM No comments:

As the political giants depart, the pygmies play together... 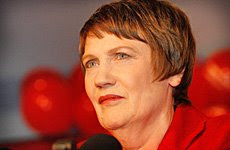 The departure of the two political giants leaves a multitude of pygmies in Parliament. Helen Clark and Michael Cullen will not be replaced for many a day. While its off to New York and the United Nations for Helen, it will be to Post Bank for Mike, to join the man Labour put up as head of Post Bank early in Labour's tenure, former PM Jim Bolger.

National has shown its hand early as it proceeds to kick the state sector hard in its slats. What next? And who replaces these state employees?

John Key may well be an affable bloke, but I think he is politically naive - he is being manipulated left, right and centre by Bill English and his buddies. Just how long will he last before he departs to take up a position in the World Bank or something similar?
Posted by Unknown at 6:55 PM No comments: