The New Zealand National Party government banged up the price of cigarettes today by 10%, and roll your own tobacco by 14%, supposedly to help people quit the habit? Get real, it is nothing more than revenue gathering. It will go up twice more each Christmas period so that the total increase will eventually be 30%.

If the Nats were genuine in their desire to see people quit the habit they would have introduced a policy to assist smokers, with a warning period, a higher increase and a limited subsidy on nicotine patches, gum etc and a free counselling service number to advise smokers.

I'm convinced that it is really a revenue gathering exercise to raise funds for the Whanau Ora program and other pet projects.

This government is a bunch of right wing scatter-brained ideologues with an array of hidden agendas.
Posted by Unknown at 4:07 PM No comments:


A Russian computer hacker is selling account details of millions of Facebook users - he may be hiding in New Zealand.

Police are hunting a Russian computer hacker who may have set up shop in New Zealand, selling the account details of millions of Facebook users.

Detectives from the National Cyber Crime Centre are investigating whether the hacker Kirllos is using New Zealand as a base.


What does PM John Key know about this hacker? When he is in the country, I guess?  Does Kirllos have Key's personal information, I wonder? Hello John Key, are you there?

Posted by Unknown at 3:57 AM No comments:

Is John key a financial wizard - is the Pope a protestant... 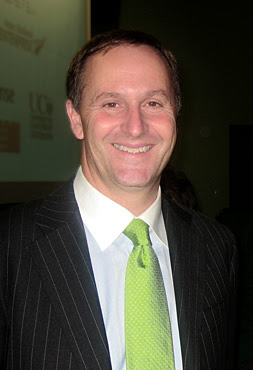 Image via Wikipedia
John Key is considered a financial wizard because of previous employment, but is he? Is the Pope a protestant?

The Government paid in $250 million dollars, instead of the expected $15.5 billion dollars. They claim no further payments will be made until the budget is in surplus. The Treasury estimates it will be 2020 before this occurs.

Maori attitudes towards the Government's foreshore and seabed proposals may be hardening if feedback given to Maori Party MP Hone Harawira is anything to go by.

The major elements of proposals being discussed include vesting the zone as a public domain and allowing Maori to go through the courts to establish customary title.

Last month Maori Party co-leader Pita Sharples spoke positively about how customary title could work for and potentially be accepted by, iwi.

"If they get customary title basically, they've got the run of the roost over all decision of occupations and control over the beach."

However, MP Hone Harawira, says Maori he has spoken to makes it clear that Maori want property title resolved in the final legislation.

Consultation on the foreshore and seabed proposals is due to finish at the end of this month."

The question that should be asked is: Which Maori attitudes are hardening?  Nobody should own land below the high water mark. The majority of Maori live away from their home maraes and wouldn't be regularly involved in their affairs. It is the Maori Party, which has a minority of the total Maori vote, that is pushing the Foreshore and Seabed Act change. Maori do not have the legal right to ownership of the F&S. Maori are not indigenous to New Zealand; they are the first immigrants to this country. Maori are entitled to continued customary usage and perhaps a role as guardian and caretaker of the lands therein. Non-Maori are also legally entitled to access to the beaches and coasts that they have enjoyed since 1840 as well.

It is the State not the so-called Crown,  that should own and mange the Foreshore and Seabed. The public domain is a legally wishy washy sort of title for the land below the high water mark in my opinion.

Posted by Unknown at 5:28 PM No comments: 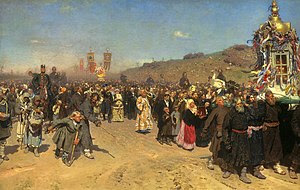 Image via Wikipedia
Most New Zealanders will have returned to work this week from one of the best breaks in the annual calendar, Easter! Whether the 4-5 day long weekend was spent in some religious remembrance and observance, or simply a time with family and friends, it is great to be free from commercial dominance for a few days a year.


"However, consistent with his approach to many areas it seems the Prime Minister is intending to force his opinion upon his parliamentary colleagues over Easter trading rules", said Kiwi Party Leader Larry Baldock.

"Parliament has debated this issue no less than 10 times since 1990 and wisely rejected the amendments every time. Surely this reflects strong support for the retention of Easter as a commercial free holiday?

"If there is a need to get greater consistency in the law across the country that can be achieved by tightening up on those silly exemptions that lead to confusion in various areas rather than relaxing the rules over the whole country. "If the rules are relaxed we will loose a valuable rest and New Zealanders already rank as those who work longer and harder than many to achieve less than most.

"Opening the tills at Easter is not going to improve that reality, nor does the closure of shops on these few days threaten any businesses' economic survival.

"There is absolutely nothing wrong with a nation recognising its religious roots and foundations in a public observance for all. It does not force religion on anyone, it simply allows the majority of its citizens the freedom to observe an event that has affected the last two thousand years of world history", said Mr Baldock.