Leave the SAS and other special forces in Afghanistan to deal with Taliban prisoners...... 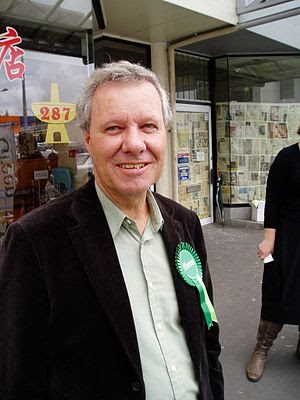 Image via Wikipedia
Torture claims lead to call for withdrawal of the NZ SAS...

There's a call for the Government to reconsider our involvement in Afghanistan, following claims the SAS has handed prisoners over to possible torture.

Green MP Keith Locke says New Zealand soldiers have been helping catch insurgents who are passed to the Afghan secret police. That is despite the British military being banned from handing prisoners over due to the risk they will be subjected to torture or serious mistreatment.

Mr Locke says the revelations strengthen the Green Party's case for withdrawal of our SAS unit from Afghanistan. He says he does not want New Zealand's good name muddied by links to the torture of prisoners, which is believed to include beatings, electric shock treatment and sleep, food and water deprivation.


Is he discussing the possible mistreatment of the Taliban prisoners?  The 12th century homosexual  philosophers of the total hatred and mistreatment of women - women are just for breeding and sexual enjoyment is gained with young men.  If women disobey men they may be disciplined by men ie cutting off their ears and noses if they leave their bestial husband

Leave SAS and other special forces troops with special methods in dealing with these bastartds right  there!

Hi Peter,
History has taught us that US and allies with more than 500 thousand troops, most advanced weapon technology and lots of money cannot prevent North Vietnam from taking over South Vietnam.
Let's hope that the US and allies will soon find the best way to end the conflict in Afghanistan soon.

You are right of course. But western troopsa are their to stop terrorist reemergence? To stop the taliban too. Now there is oil in Afghanistan. Kiwi troops leave next year. When will the US leave?