The economy, housing, jobs and a clueless PM John Key and his rusty lock administration... 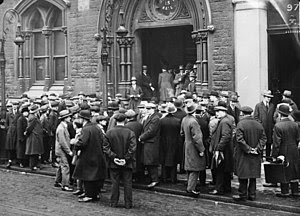 
My guest this week:  Frank Macskasy


In the last seven days a triple-conjunction of political portents has publicly demonstrated just how bankrupt of imagination and policy this current government truly is. The lack of direction and paucity of creative ideas is breath-taking. A “caretaker-government” would be a polite euphemism in this context.

Unemployment rose 19,000 during the June quarter to 159,000 – a rise from 6% to 6.8%. There are over quarter of a million jobless Kiwis (the unemployed plus those who have given up actively looking for a job) and another 100,000 who want more hours than they can get. The effects of the Recession are still being felt, and is taking its toll amongst workers and their families.

”No-one wants to see a jump in unemployment. And I think that we have got to put it in perspective – where it’s 7.1 per cent in December last year and now it’s 6.8…We’d sort of see it as an evening out now.”

This government’s response thus far to our growing unemployment? That would be… the cycleway.

Total number employed under this project: a staggering… 70.

Instead of addressing this worsening situation, this government has spent tax dollars on a “working group”, led by former Commerce Commission head Paula Rebstock.

It’s conclusion? “Most people on a benefit have little or no focus on paid work, with a growing number “locked into” the system for years. ” And, according to Ms Rebstock, “we have concluded the current benefit system ignores the importance of paid work to the well-being of New Zealanders,”

When in doubt; when there’s nowhere left to turn; and when embarrassed by lengthening dole queues – reset National Government Default Setting #1: blame it on the “dole bludging beneficiaries and solo-mums”.

In the last twenty years, National has found iself taking office during two full-blown recessions; 1990 and 2008. Their knee-jerk reaction on both occasions was/is attack the beneficiaries. (Most of us remember the cruelty of Ruth Richardson’s “Mother of all budgets”.) True to form, this government attacks those New Zealanders who – until a couple of years ago – were employed in enterprises from Kaitaia to Bluff; earning money to feed their families; and not foreseeing that, because of events in Wall Street, they would soon be losing their jobs. I struggle to understand how workers in New Zealand were able to effect the collapse of Lehmann Bros on September 15, 2008, thereby sparking the worst recession since the Depression of the 1930s. And by causing that Recession, destroying their own jobs in some Lemming-like pursuit of a dole-funded Nirvana.

The Rebstock report is not a re-analysis of how social welfare works in this country. Instead it is little more than a none-too-subtle attempt at blaming beneficiaries for this current government’s laziness and ineptitude in addressing increasing growing numbers of unemployed.

Remember that prior to the Recession, our unemployment rate was a mere 3.9%. And while no one is blaming National for the Recession that nearly doubled that figure over two years – they are responsible for their abysmal response to it.

This government is sitting on it’s collective, well-padded backside; on equally well-padded ministerial seats; fiddling with dubious reports whilst our economy burns to the ground.

Which brings us to…

Yet another government quango, established by Housing Minister Phil Heatley, has complained that “22,000, or 32 per cent of Housing New Zealand tenants, had been in the same state houses for at least 10 years.” They were evidently portrayed as taking up room – room required by just over 10,000 people on Housing NZ’s waiting lists;

* 4,160 were B priority (significant housing need)

Ten thousand-plus people on a waiting list. What does the government do? What policy does it embark on? The following is a multi-choice option:

B. Criticise New Zealanders for daring to live long-term in their homes?

It is with considerable unease that I note that Housing Minister Phil Heatley (who has his accommodation paid for by the taxpayer) said, “We want to ensure this significant asset is utilised to the best effect. We also want the system to be fairer and to work better for those families most in need.”

This government’s idea of “fairness” seems predicated on the suggestion that one family is booted out, to allow another to take up residence.

By no stretch of the imagination can such a policy be even remotely seen as imaginative or creative. Or fair.

It is an undeniable fact that there are many families in dire need of decent, affordable, accommodation. But rather than evicting families, and uprooting them from their communities (which in itself would create even more dire social problems), it strikes me that this government has alternatives it has not bothered to consider…

Fact #3: the economic recovery has been uneven, and has mainly benefited exports such as dairying and unprocessed logs. The rest of the economy has not picked up – evidenced by the sharp rise in unemployment. Indeed, ANZ New Zealand chief executive officer Jenny Fagg said that “the New Zealand economy has stabilised in a number of areas although the recovery is somewhat uneven at this early stage. There are signs of a lift in business conditions although growth remains subdued.”

Taken in conjunction, the three facts above would seem to point to an obvious conclusion. The answer is not to bash beneficiaries for daring to accept tax-payer support in feeding themselves and their families. The answer is not to evict families from their state homes. Nor is the answer to guilt-trip solo-mothers or those with disabilities who haven’t a hope in hell in competing with 159,000 other unemployed people to scramble for non-existent jobs.

The answer is to utilise the resources we have and by doing so, give people the opportunity to find work.

In case I need to spell it out to this clueless government: build more bloody houses!

The flow-on effects of a crash building-programme to build five thousand new state houses would create thousands of new jobs – not just 70. There would be a demand for architects; builders; electricians; plasterers; roofers; drainlayers; glaziers; tilers; apprentices; and other tradespeople; raw materials purchased from building retailers; additional staff at each retail outlet; transport operators; increased demand from the timber industry, creating new jobs in forestry; and support businesses every step of the way. Each tradesperson; truckie; forestry worker would take home a wage. That wage would be spent at local supermarkets, which would then have to hire one or two extra staff-members as well as purchase more stock. Even the companies that rent out jumbo-bins to cart away the detritus from building sites would find their turn-over increasing. Or the local pie-shop that would sell food to nearby building-sites. That is what flow-on is.

The government would recoup much of the outlay for the building programme by way of GST, PAYE, ACC, and provisional tax receipts; rent collected from the new homes; and less spent on unemployment benefits.

This is the sort of bold initiative we require from a government with any claim to having a vision.

Instead, we are seeing a cruel bullying and calculated persecution of those at the bottom of the heap.

If this is the best that National can offer us, then it is simply not good enough. We deserve better than a caretaker government.