The truth behind the Ross Taylor sacking controversy... 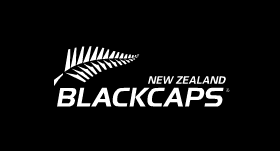 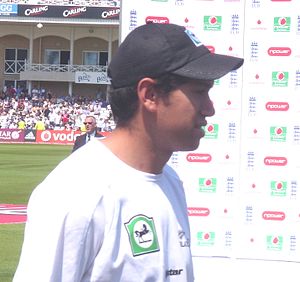 Because the NZ cricket team, the so-called Blackcaps,  performed admirably in the recently concluded test series against England, the recently sacked captain, Ross Taylor, is expected to keep quiet and move on. Really?

During the period of Taylor's dismissal, the coach Mike Hesson and CEO David White both publicly lied about Ross Taylor's dismissal as captain in the three forms of the game. Ross Taylor wants both gentlemen, what a misnomer, to acknowledge what they really said and to publicly apologise to him. He claims, and I support his version of events, that he was never offered the test captaincy, and would have declined it anyway.
Hesson and White should both be sacked for their behaviour and a new cricket board elected. If this doesn't happen I can see Ross Taylor becoming unavailable to the NZ cricket team permanently.
This is not the same scenario that former All Black captain Ian Kirkpatrick found himself in many decades ago. Kirkpatrack was sacked, but no lying was involved. The controversy there was he was not informed of his dismissal before the media learned about it - he was told by team-mates on the bus to a Poverty Bay rep game.

The Spy Chief and his school mate John Key... 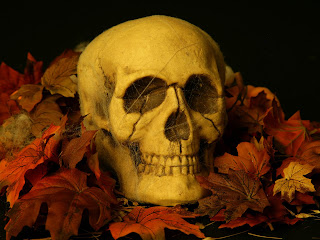 http://thedailyblog.co.nz/2013/03/27/so-the-chief-spy-who-protected-key-through-deniability-was-his-school-mate/
Posted by Unknown at 12:16 AM No comments:

Posted by Unknown at 5:25 PM No comments:

Which National MP's could leave John Key up shit creek?

12345
RODNEY HIDE RECKONS THE UNEMPLOYED SHOULD BE AUCTIONED ON TRADEME

SLEDGE OF THE DAY

WHICH NATIONAL MPS COULD LEAVE JOHN KEY UP SHIT CREEK?

by Whaleoil on January 22, 2013
Reshuffles always mean bruised egos. Ministers given the arse get all sooky. Aspiring ministers see a vacuous, useless, drunken fool promoted ahead of them and start looking at options outside of parliament.


When you have a one seat majority like John Key does you have to be mindful of what happens if someone decides to jack it in to pursue opportunities in the private sector, or sit on the cross benchers or generally just cause havoc from within caucus.
MMP is a strange system where if a list MP leaves they are replaced by the next person on the list, but if a by-election in a seat held is lost there is no replacement on the list.
This means if any of Paula, Nicky, Kate, Nikki or Sam decide to leave parliament National loses a seat if they can’t win the by-election. None of these seats are National seats, they are seats held by the personal popularity of a MP who has done the time required in the electorate.
That bribe for the Maoris better be a really, really big one Prime Minister.
Posted by Unknown at 4:53 PM 2 comments:

2
Updated at 3:03 pm today
The Prime Minister says New Zealanders have nothing to fear from Tuhoe becoming more independent of the Government over the next few decades.
The Maori tribe has agreed to settle its historical grievances with the Crown in return for $170 million of compensation, an apology and more control over a national park in the North Island. Tuhoe representatives attend the ceremony at Parliament.
PHOTO: RADIO NEW ZEALAND
There was high emotion as Tuhoe representatives arrived at Parliament on Friday to take part in the signing of the Deed of Settlement.
Agreement on a package was reached in September 2012, which includes the Crown's acknowledgement of Treaty of Waitangi breaches.
The Crown said the payout is to recognise the severe and brutal treatment against Tuhoe during the 1800s. It will cede ownership of Te Urewera National Park to a separate legal entity to be governed by a board of Crown and Tuhoe members. Tamati Kruger has stepped down from his role as negotiator.
PHOTO: RADIO NEW ZEALAND
The deal also includes acknowledgement of mana motuhake. That means that within the next 40 years, Tuhoe will gradually take control of its own affairs - for example, in the provision of education, health and welfare services.
Prime Minister John Key said on Friday there is nothing in the deal that should concern other New Zealanders.
"I think we've now reached a very sensible place and one that will ensure that all New Zealanders can access what will continue to be, for all intents and purposes, a national park.
"But also, ensure that for the people of Tuhoe they can actually achieve a fair settlement and a recognition of what was an iwi that suffered terribly."
Tuhoe's chief negotiator Tamati Kruger told those gathered at Parliament that the iwi and Crown have overcome the dis-ease of colonisation, the impulsiveness of politics and the defiance of change.
Mr Kruger said he was resigning from his role, as his work is done.
The Deed of Settlement needs to be ratified by the tribe's members before legislation is drawn up.
Copyright © 2013, Radio New Zealand

Fijian police and security torture and beat prisoners - UN has condemned this action...

Read this story and watch what was originally a 9 min video that was displayed on Facebook and other media. I've seen the video and what I saw was just torture and gross assault. There was no security risk. The Fijian PM Frank Bainimarama didn't improve his credibility at all. The United Nations has condemned the police and security guards actions.

Canterbury: From Recovery to Legacy...

Canterbury: From recovery to legacy

David Shearer  |  Tuesday, March 5, 2013 - 08:13
Cantabrians deserve the right to drive the rebuild so that the future city that is one people feel safe in, that they’re proud of and that is a living legacy, says Labour Leader David Shearer.
“You can’t rebuild Canterbury from the top floor of the Beehive. Its future must be led by the people.
“Before I got into politics, I worked for 20 years in disaster recovery around the world and I learned that while emergencies always begin with a top-down command structure, there must be a shift over time to community-driven leadership.
“The National Government sees democracy as a barrier to its plans. It’s taking advantage of a tired, distracted and devastated city to push those plans through.
“My approach as Prime Minister will be very different.
“Under National, CERA has engulfed the functions of councils. Elections have been cancelled and appointees installed. Labour will put Cantabrians back at the centre of their recovery.
We will:
“Labour will stand alongside the people of Canterbury. We are increasing our commitment to the region with more regular engagement including public meetings every six weeks and visits from senior MPs to discuss critical issues like jobs, housing, education and transport.
“While I have no doubt the Government is sincere in its pledge to rebuild the region, it should not be driven from the Beehive down. The voice of the people of Canterbury must be heard and respected,” said David Shearer.